From 13 February to 4 March 2006, 26 scientists from 10 nations worked in the IODP Bremen Core Repository to analyse 632 metres of cores, which contain fossil corals. These cores were drilled in October and November 2005 off Tahiti island during a very extensive geoscientific research expedition – Expedition 310 Tahiti-Sea Level, operated by ESO. By examining the corals with unprecedented accuracy, the IODP research team learn more about the timing and course of global sea-level changes since the climax of the last ice age 20,000 years ago. The scientific data help understand present and future sea-level rise related to global warming. The scientists also expect the corals to provide information on sea-surface temperature changes, especially the ones related to climatic anomalies like El Niño / Southern Oscillation events during that period.

The Co-chief Scientists of the expedition, Gilbert Camoin (ECORD, CEREGE) and Yasufumi Iryu (Tohoku University, Japan), have presented the results of their exciting investigations during an international media conference on 2 March 2006, at the University of Bremen. As a result a number of online news sites published the release. 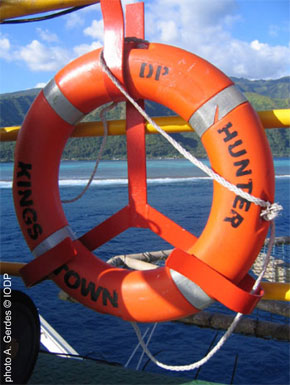 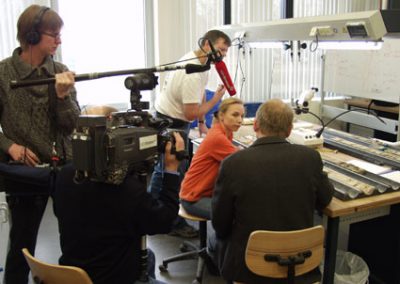 Sedimentologist Hildegard Wetsphal is interviewed by a TV Team of Radio Bremen. (A. Gerdes © ECORD/IODP) 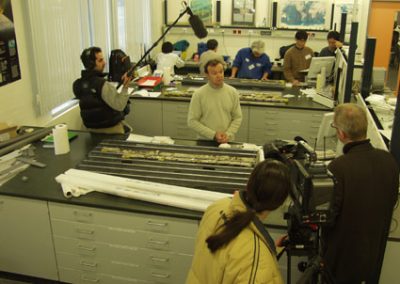 Co-chief scientist Gilbert Camoin is interviewed by a TV Team during the Onshore Science Party. (A. Gerdes © ECORD/IODP) 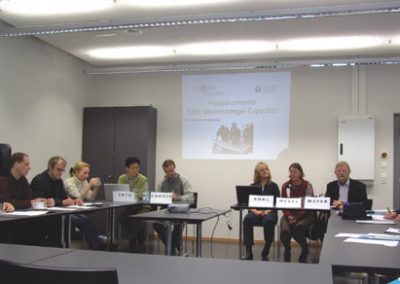