IODP will soon successfully enter its second phase (2019-2023). However, based on the preparatory phase of the current IODP (2013-2023), it is already time to think of a potential scientific ocean drilling programme beyond 2023. However, the challenges to build a successor programme to the current IODP are huge. To respond to such a challenge, ECORD has decided to organise a workshop aiming at initiating concepts and defining new goals for a future international scientific ocean drilling programme to be developed beyond 2023. Special emphasis will be on new science frontiers and technological developments in a multiple drilling platform approach. 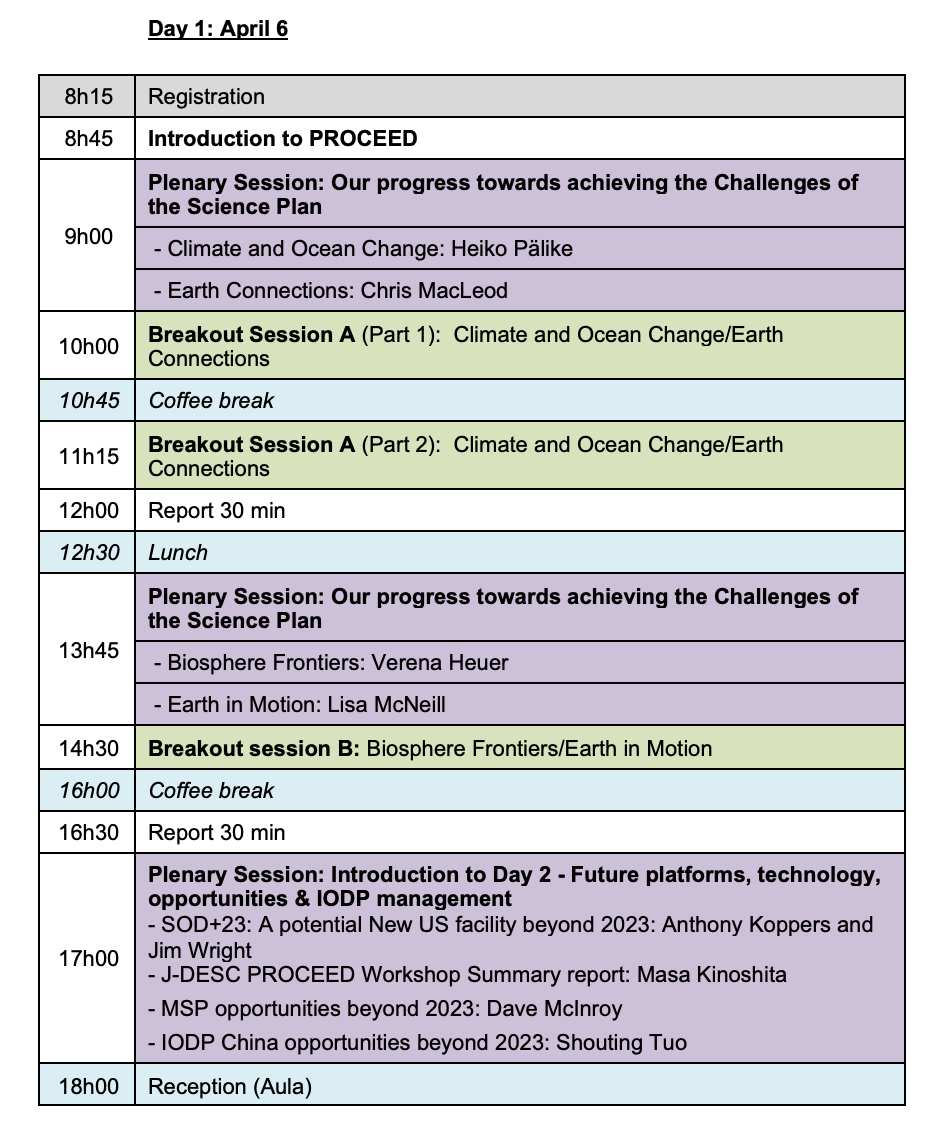 The workshop, entitled PROCEED – EXPANDING FRONTIERS OF SCIENTIFIC OCEAN DRILLING, will be held at the Austrian Academy of Sciences, Vienna (Austria), on 6 -7 April 2019, right before the EGU 2019.

The PROCEED Organising Committee is composed of several ECORD representatives and members of its Scientific Committee have been nominated by ESSAC and have accepted to serve on this committee. The Scientific Committee will define the final format of the workshop and will also consider propositions submitted by the ECORD science community. 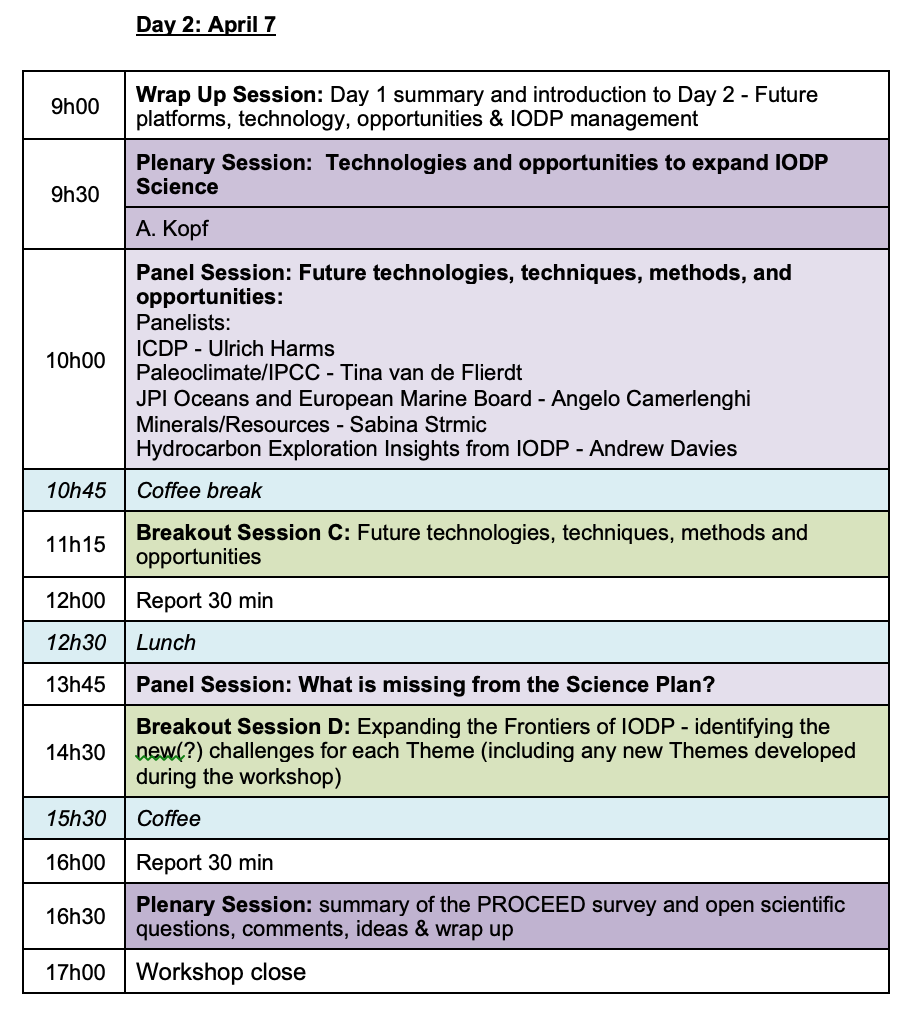 The objective of the PROCEED workshop is to produce a White Paper, which will summarise the scientific, technological and  programmatic goals for ECORD beyond 2023. This document will constitute the foundation for interactions with our IODP partners who will also start to get organised in 2019 at their national/consortium level. The coordination of all these actions to build a new programme is still to be defined.

Depending on the number of applications, priority will be given to representatives of the ECORD community.

After you have successfully registered by e-mail you will soon receive an invitation to join the PROCEED group on our new discussion platform ECORD.online.

Then on ECORD.online you will be able to sign up for the workshop in Vienna to access latest updates and discussions on any topic concerning the event.