The Onshore Science Party (OSP) takes place after the offshore operations are completed. The cores are transferred to Bremen Core Repository (BCR) located at the University of Bremen in Germany, one of three IODP core repositories worldwide. At the OSP, cores are split and scientists have their first opportunity to study the cores in detail, as they have access to the full laboratory facilities of the BCR. An essential requirement of the OSP is that scientists stay at the core repository until all core descriptions, initial measurements (the so-called IODP minimum measurements, and some IODP standard measurements), and report writing have been completed. 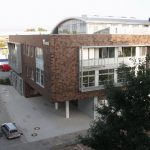 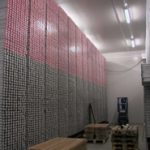 The end of the OSP is the equivalent of coming off an IODP drillship. The entire invited expedition science party are required to attend the OSP and participants are asked to be flexible in their attitude to start and end dates. The start times may be influenced by any changes in the timing of the offshore phase, but the OSP normally takes place within 3-4 months of the end of the offshore operations. The duration of the OSP is in part dependent on the quantity of core collected.